I was at an art show two weeks ago which I had work in, and afterwards I was wandering down the main street on a Saturday afternoon. There was a part indigenous guy sitting on the pavement (sidewalk) with a slouch hat on and a tin in front of him. (A slouch hat is a wide-brimmed felt hat most commonly worn as part of a military uniform). I thought he was homeless, he certainly looked it, and I was about to dip into my wallet when he stood up and started reciting poetry. It was his own work and he was a real artist, so I sat down and listened to a very long, poignant and beautiful poem. No one else was on the street so I had my own private show. This poem was about a man’s life going through from being aged 12, 22, 32, every decade until 82 and all his hopes and dreams and becoming a shattered spent husk of a life as he passes on at 82 with none of those dreams realised and rejected by the world. It really moved me and not only did it make me triple my intended offering, I asked if I could take photographs and I now intend to immortalize the poet in scratchboard. It’s at the very early stages right now 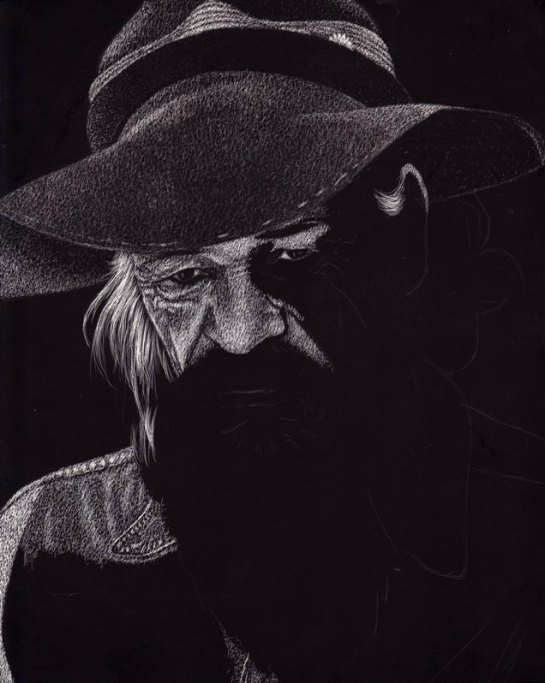