My son is a great one for trawling through the internet looking at cute animals and he told me of one that was rescued by someone, a stray that would surely have died. I decided to tell him my own little story.

My dad was as bad as me for not being able to see an animal suffer. We already had a dog and didn’t really want another. However, he pulled into his garage at work at the railways in Nairobi in Kenya and heard a whimpering coming from the back of the garage. He went over to see this young dog, older than a puppy but still young. It was what people called a “shenzi”. which is the Swahili word for savage, useless, uncouth, barbarous, uncivilized and also half breed. We know them as mongrels or mutts. This one tried to growl at my dad, a sort of “leave me to die in peace” growl, because die it surely would have. It was totally emaciated. He backed off, went and did his day’s work and decided to see what the dog was like in the evening, thinking he’d have to remove the body. The dog was one of the thousands of strays that wandered the streets of Nairobi and she was in terrible condition. However, she was still curled up in the same spot when he went back and this time he managed to stroke her. Well, that was it! He had to see if she could be rescued. He put her in the back of his car and came to school to pick me up on his way home.

She could barely stand up and when I saw her I instantly fell in love. She was so skinny all her ribs were not only showing but were extremely prominent. A healthy dog’s back is arched upwards but her’s hung in a concave fashion with no strength.

We took her home and wondered what our Alsatian would do. No need to worry, Gina was good as gold. We fed them both and the most amazing thing happened – Tessa, our new dog, scoffed all her food and Gina stood back and allowed Tessa to move on to her own bowl. It was incredible and I barely believe it even now, forty years later.

We thought Tessa had eaten too much but she survived the night. Bit by bit she got her strength back and the true athlete was finally revealed. She was a gorgeous dog – I love mongrels – and she had a grateful nature that seemed to say “Yes, I know what I was and I know it was you who saved me”. I’ve had some great dogs in my time, got one right now in fact, but Tessa was the best. It’s not just a guy reminiscing about his youth and the pets he had. She was truly special. 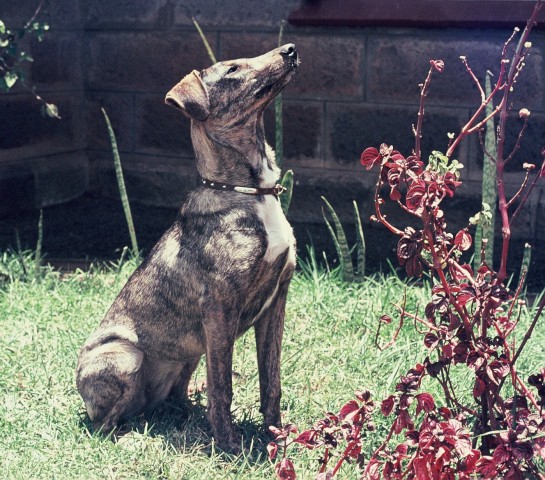 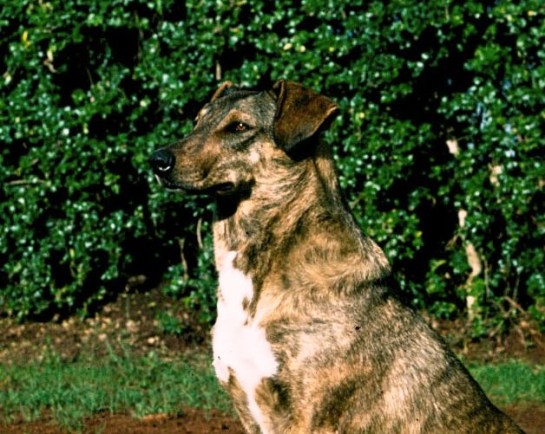 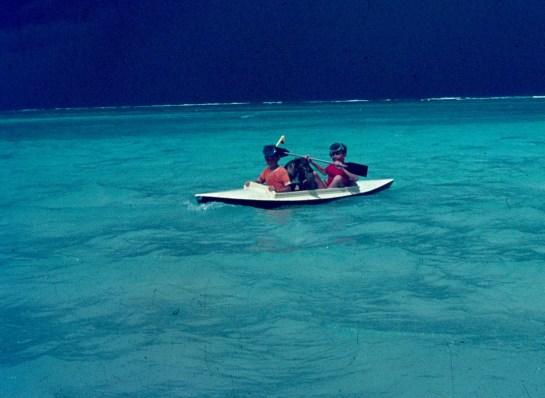 And what of Gina, the dog who gave Tessa her own food on that first night? Yes, she was pretty darn special too. Here they both are with our tame lawn mower, Bambi the duiker. 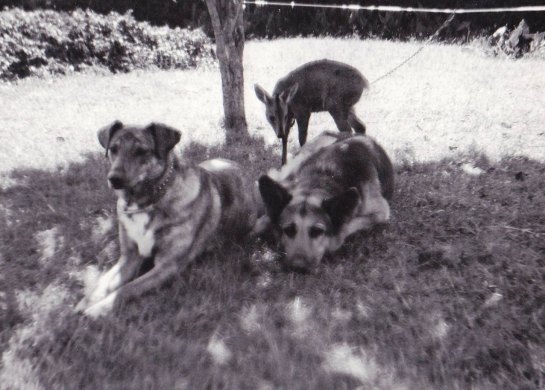 A farmer sold up and moved. He had a boxer dog which he gave to us as he could no longer look after it. This was a brute of a thing, a very masculine guard dog, fiercely protective of its territory. We had about an acre of land in Nakuru, near the iconic lake of the same name, home to millions of flamingos, but this acre wasn’t enough for Dan the boxer. He used to go nuts when people walked along the street past our property and one day he ran out there and took a chunk out of a guy’s leg. Poor bloke was only walking home from the duka (shop). My mum was mortified and sat this guy down, apologising profusely explaining that it wasn’t really our dog and it was used to a much bigger property. She patched his leg up all the while listening to this guy’s voice, stuck on repeat saying “great guard dog, great guard dog”. Far from being indignant, he was actually impressed with Dan.

So you’d think Dan would be someone to watch out for around the rest of our menagerie of strange animals. Not so! He loved our Mackinders Eagle Owl. And it loved him! 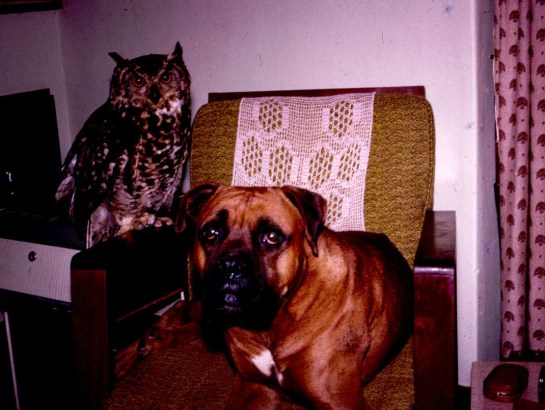 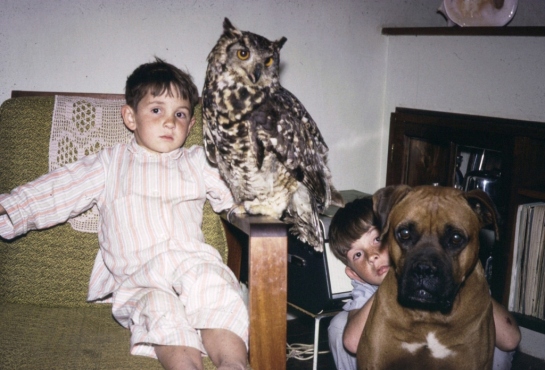 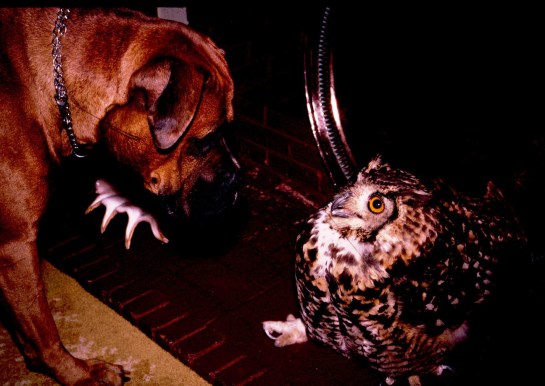 4 thoughts on “A couple of doggy stories, the grateful mutt and the fierce softy.”