I’ve had a nice run recently. I submitted my nine piece Meerkat Montage to the annual exhibition of the Society of Animal Artists (being held right now in New Jersey) knowing that they only take a small proportion of the entries. I was delighted when I got accepted and even more delighted when they informed me that the art was further selected for their smaller travelling exhibition which is a massive honour for me. As such, even if it doesn’t sell over there, I won’t see it again for well over a year as it goes from one side of the States to the other. As such I couldn’t resist so I booked a ticket and will be flying over there with my wife Gaynor for the artists opening. We will be staying with our friend and most amazing artist Cathy Sheeter (check her work out – http://www.aphelionart.com/) and then we’ll have a holiday in New York City and be tourists. 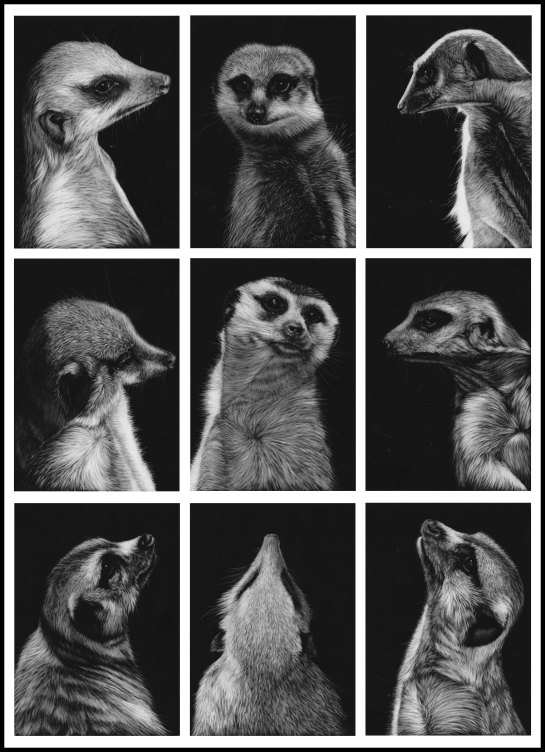 I also won a highly commended award for my bonobo “Pan”  up at the Mcgregor Art Extravaganza in Queensland. I’m glad this has finally won an award because it’s one of my favourite pieces and being large, it took me forever to finish.

And then to top it off I’ve just won the scratchboard section in the Nossal Art Show in Victoria with “Temptation”, Meerkat and Grasshopper. 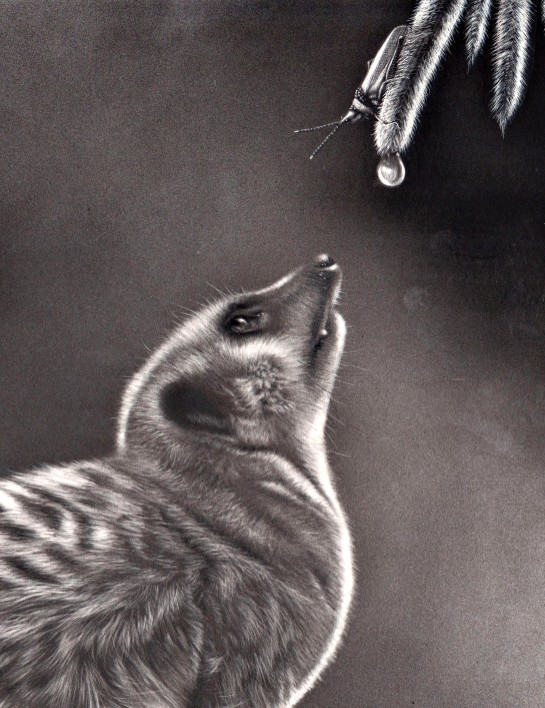 I’ve finished my solo exhibition for SALA (South Australian Living Artists) which is always fun and I’ve also been conducting workshops. When I go to schools I like to pass a small scratchboard around and get everyone to contribute to it. Hence the following two scratchboards have input from over 50 kids, about two minutes each. Their styles are so totally different and of course not everyone follows the fur direction or works out the light. We are talking about some kids being less than ten and when I was that age, I didn’t know which end of the pencil to hold so it’s understandable that the results are a bit “all over the place”. I then use the boards to show how forgiving a medium scratchboard is. I spend no more than 30 extra minutes on it with a bit of diluted ink and a fibreglass brush and the difference is massive. That’s what you get when you use the best boards in the world (made by Ampersand). The finished boards, (on the right) are darker because they’ve been varnished.

Who doesn’t love a meerkat!!

The International Society of Scratchboard Artists normally holds its annual exhibition in prestigious galleries in North America, but in Feb 2017 it is in South Australia. Come to the opening night, February 10th, and see some of the finest scratchboard art in the world. We have exhibiting artists from the US, Canada, Germany, New Zealand, China and South Africa, not to mention all over Australia in the lovely Stump Hill Gallery in the beautiful winery region of McLaren Vale in South Australia. Many artists are flying in to attend the show and it is a great opportunity to meet some of the world’s finest artists, see and purchase amazing art.
If you can’t come to the opening night, the exhibition lasts for five weeks until March 16th 2017.

I will have a couple of pieces in the exhibition and these are below, so if you are in the area, I’d love to see you there.

One day about 18 months ago a flat pack parcel arrived for me at home in Adelaide. I noticed it was from the US. I often send art to shows in the States and if it doesn’t sell, it gets sent back to me. However at this time I wasn’t expecting any returns. I noticed it was from my friend Diana Lee. Maybe she’d sent me a magazine? Excited, I ripped the parcel open to be faced – literally – with myself. Diana had colluded with my lovely but sneaky wife Gaynor and the result was a fabulous portrait of me. Totally unexpected and the best surprise one could get. 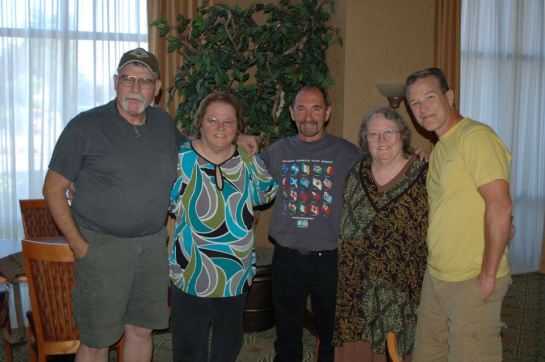 To put things in context, Diana Lee could be described as one of the finest artists in the world without a shadow of doubt. She is a pioneer of scratchboard art and has inspired many many artists to get involved with this fine art medium. She was with me when we created the International Society of Scratchboard Artists with five other artists. Due in no small part to her, this society has now gone global and as a result, Diana has ended up touching even more lives. She certainly touched mine and my family’s. We all loved her and I’m devastated by her passing to an aggressive form of cancer.

This is the portrait she did of me and underneath that a selection of her art which will show you why I consider her so highly. However, no matter how good her art was, it didn’t match up to how good she was as a human being and I will sorely miss her. 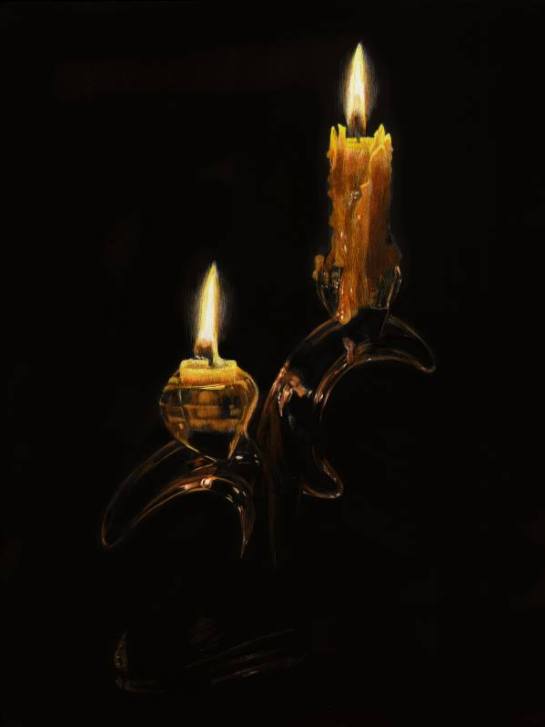 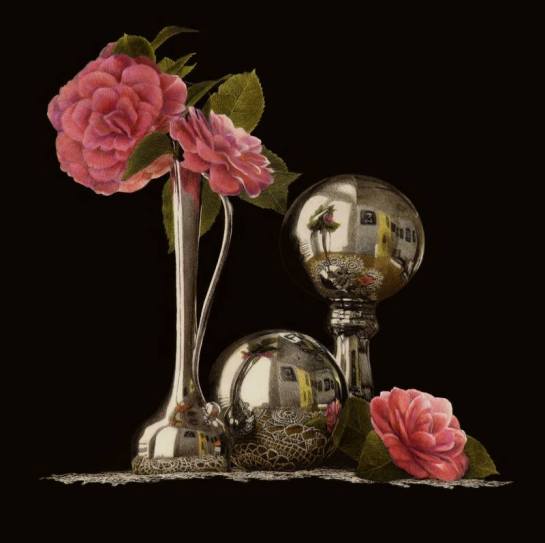 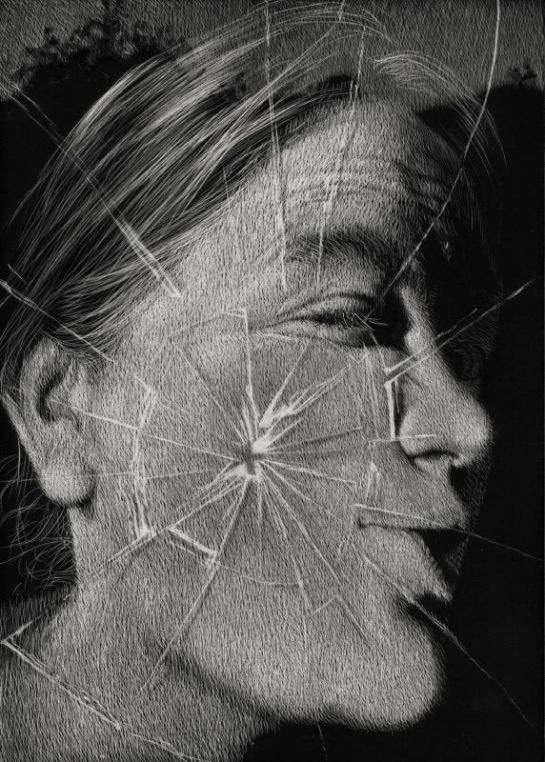 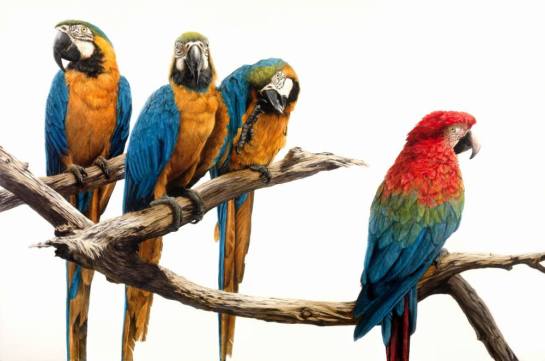 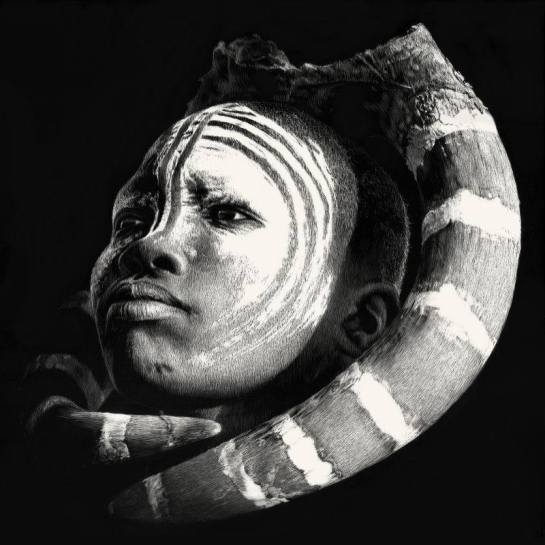 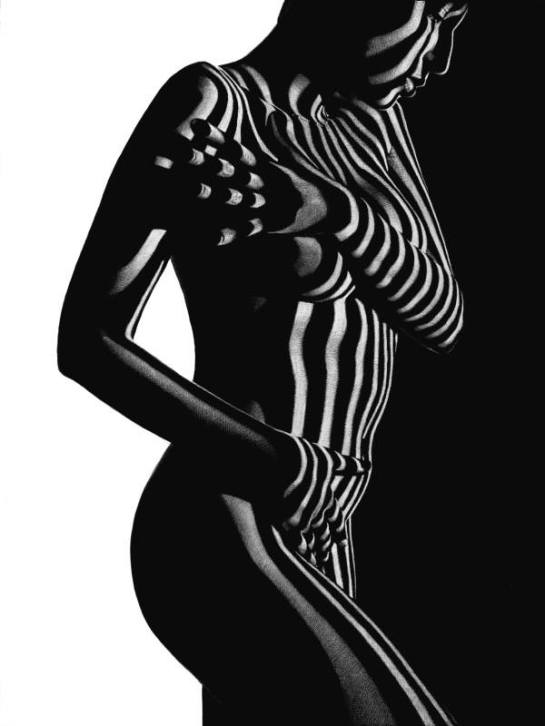 It’s that time of year again for the International Society of Scratchboard Artists to hold their annual exhibition, this time in Maryland USA. I sent two pieces over from Australia, entered into the Masters category and am delighted to say that for the second year running I won the “Silver Award”, this time with my Meerkat Montage, below.

This is a real honour because I am exhibiting next to some of the world’s greatest scratchboard artists – in fact some of the finest artists in the world full stop. It’s always a great show for the public and artists alike. I attended the 2012 show in California where artists gave workshops and demonstrations and I certainly learnt a lot.

In this post I’m adding a few pieces of recent art below, both pastels and scratchboards.

This first scratchboard of a Namibian girl (from one of my trips to Africa) is completed entirely with the use of tattoo needles.

Here we have a meerkat created with an airbrush and the fibreglass brush I use so much, a great tool for creating a soft look. I was particularly drawn to the backlighting from one of my photographs of meerkats at the Adelaide Zoo. I started out with a white board. Normally I use black boards where black India ink has been sprayed onto the clay by the manufacturer but you can also buy clayboards where you put the ink on yourself.

Perhaps an unusual subject for me, done again with tattoo needles. It was a birthday present for my bodybuilder son and is of Shawn Ray, one of the world’s best ever bodybuilders. 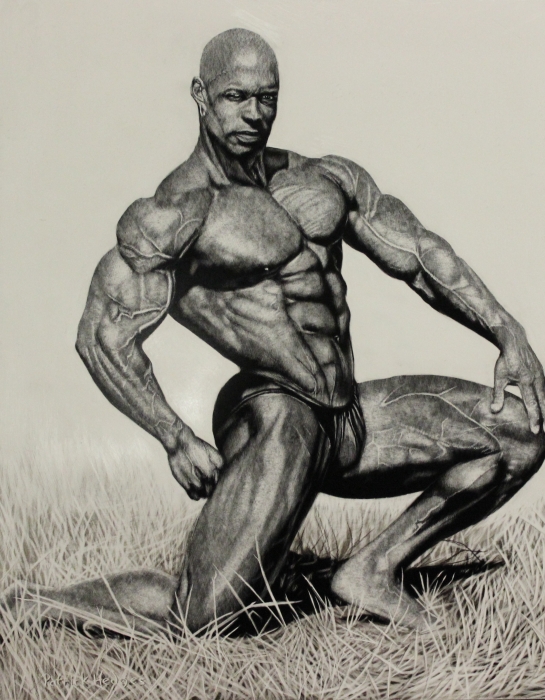 With this group of zebras in scratchboard, I’ve tried to use composition as a tool to tell a story. I’ve cropped them closely and called it “Our world is closing in” in reference to the fact that, even in Africa, the game parks are being encroached on by such massive human population growth that even relatively common animals like zebras are being driven further and further away to escape those pressures. The zebras are drinking in a formation where they can still see the dangers around them which can be an analogy for this world that they are being forced to live in. 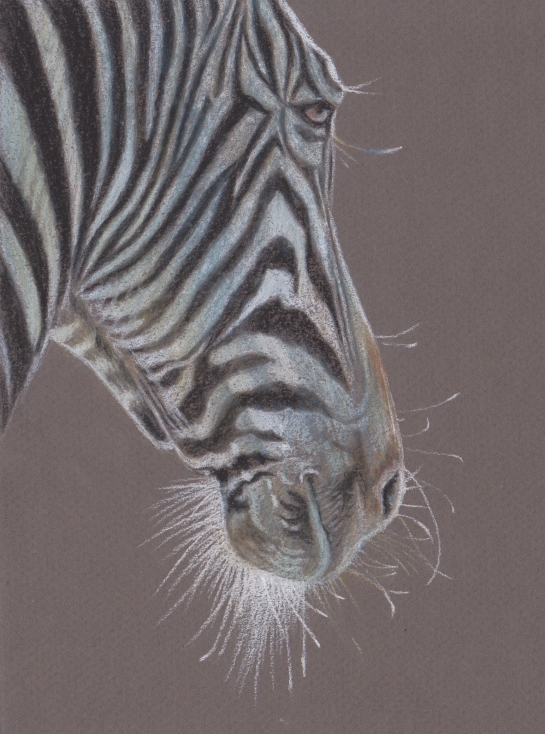 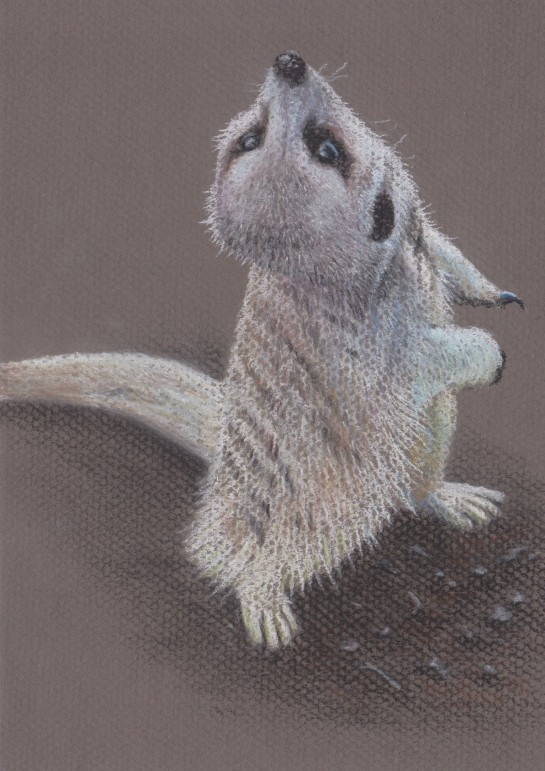 It seems like it’s all bad news these days about elephants. One elephant is slaughtered every 15 minutes for its ivory to serve unscrupulous scum, mainly in the far east like in China and Vietnam. (By the way, those countries themselves have good people fighting the fight but they are sadly outnumbered and out bidded). That’s 35,000 plus elephants gone every year. However, I like to focus on the people who are doing some good and I count many of my wildlife artist friends among that number. Check out this page from Julie Askew and feel free to search out the following artists who do such great work

Anyhow, with this in mind, I have a small scratchboard completed. It’s of an elephant I saw in Chobe National Park in Botswana. I’ve tried to create the high contrast of shiny wet hide on the elephant as it is in a river drinking.

My previous blog was about a march for elephants and rhinos to highlight the old yet growing problem of poaching. Again I reiterate the catch cry “Not on our watch”!!! Let’s make a difference.

I’m delighted to say that I won the Silver award in the Masters category at the third annual International Society of Scratchboard Artists exhibition in Cary, North Carolina. That’s a big win and a nice boost. I only wish I was there to see the whole show. The piece that won this award is my “Grazing” zebra. 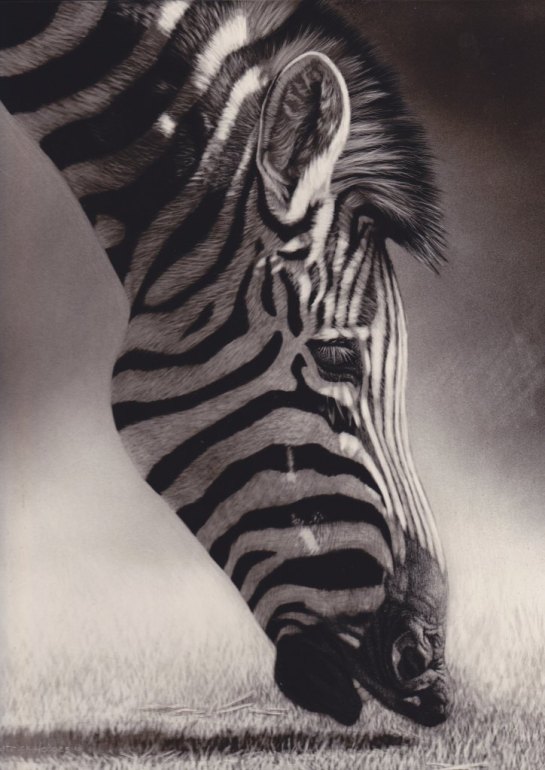 In the past I’ve done my emus, called the “Birdy Bunch” 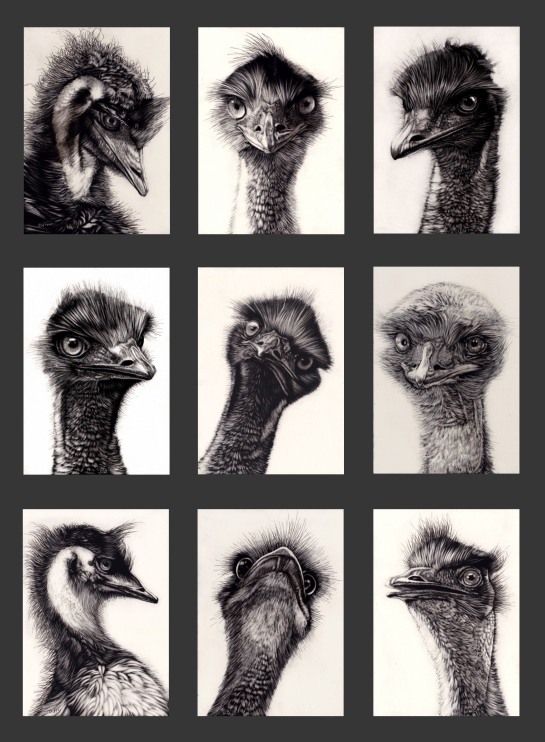 and my kangaroos called  the “Kanga Crew”. 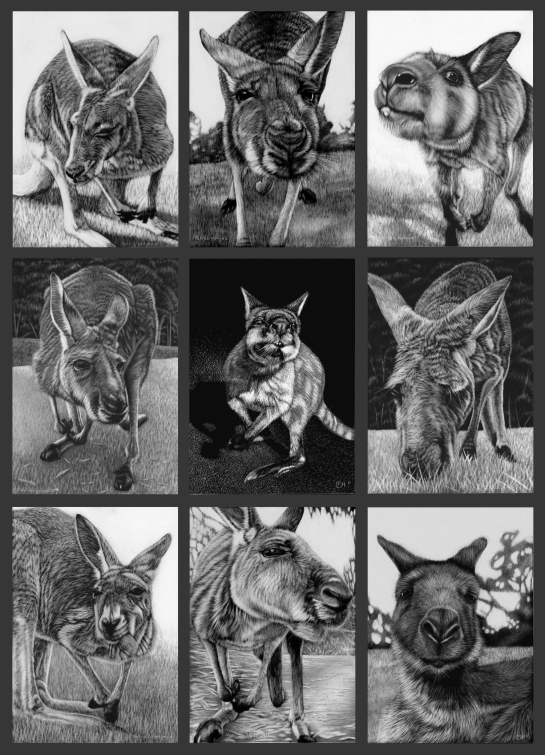 Well, now I have my Meerkat Montage which, like the others, is an image made up of nine different scratchboards of meerkats. I’ve really enjoyed creating these as meerkats are such marvellous creatures, and I’ve learnt a lot about how different they are in both personality and looks. First image is how they will look when I’ve framed them and then the individual scratchboards follow. 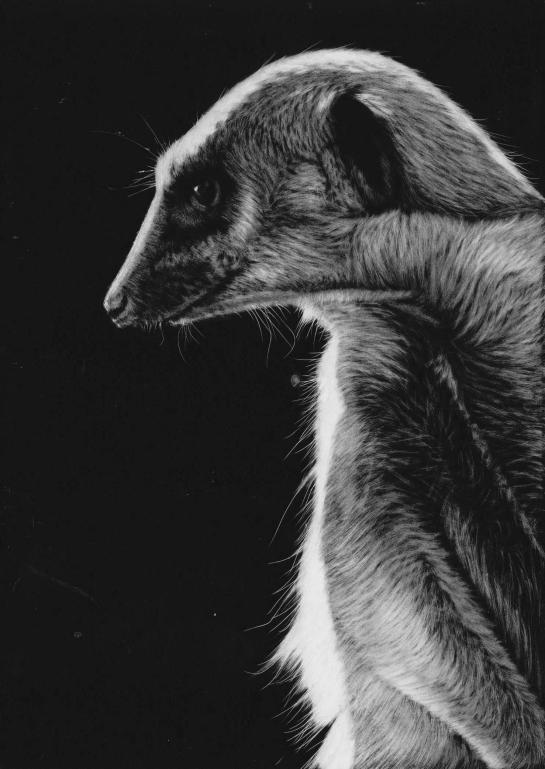 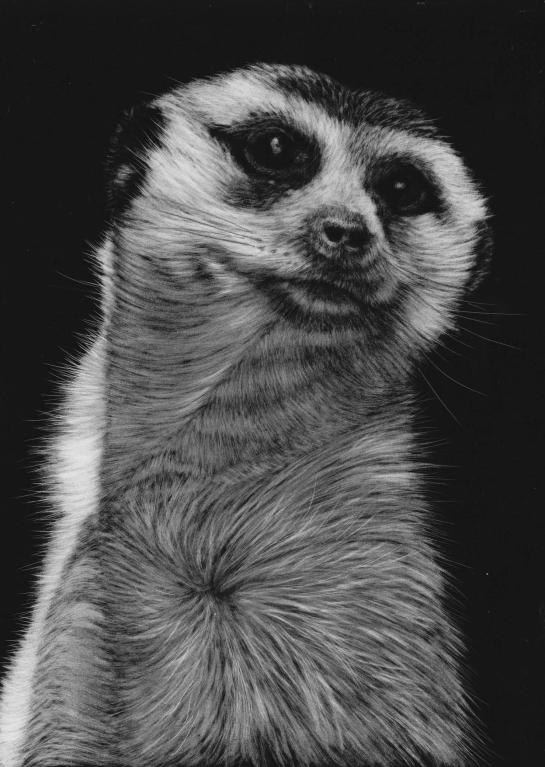 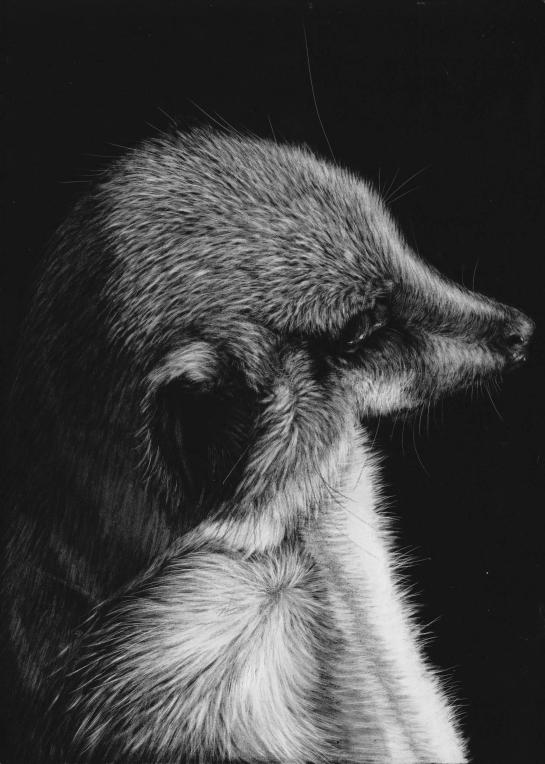 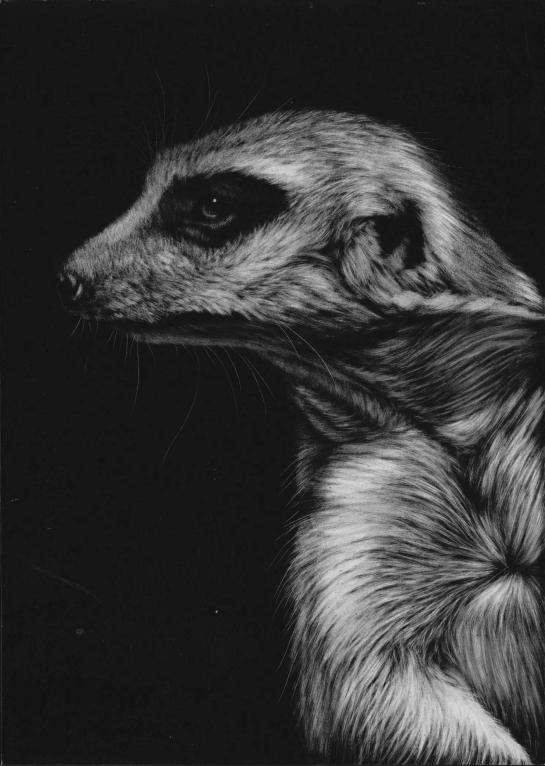 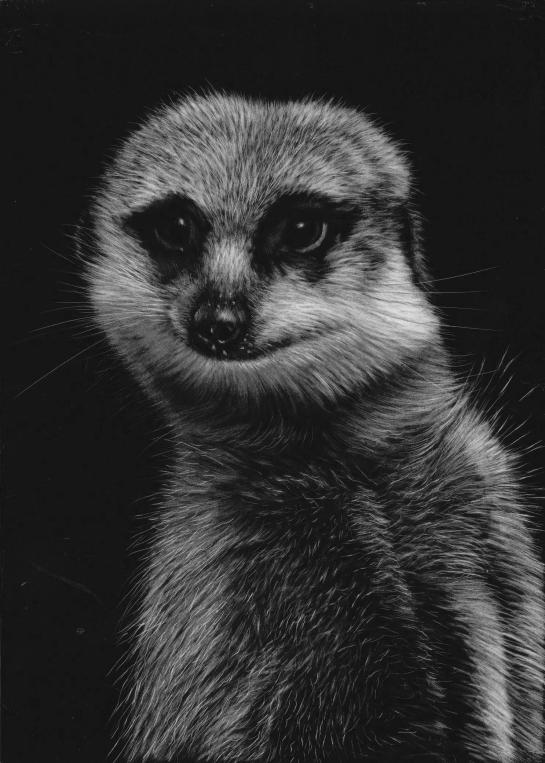 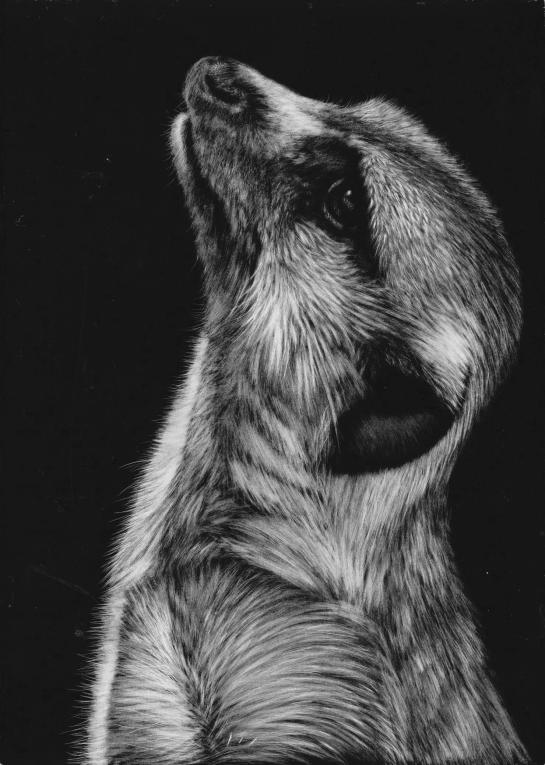