What a great trip we’ve just had. Two blissful weeks in the United States with a holiday built around attending the Society of Animal Artists annual exhibition in Oradell, New Jersey. I have to admit I was delighted to be even juried into the society as a member a couple of years ago because their standards are extremely high. Then I found I was juried in as a signature member, the highest level you can be juried in at. Surprise number three came when I was accepted to their annual exhibition at my first attempt. Anything else would be the icing on the cake so image my joy when I won an Award of Excellence, the highest award they give at the exhibition. Blown away!!

The rest of the trip was a blast. We hiked in the Appalachians in New York State with great friends and fellow scratchboard artists Lori Dunn and Cathy Sheeter, took photographs of Peregrine Falcons right across from New York City, and then we did the usual touristy things in Manhattan. 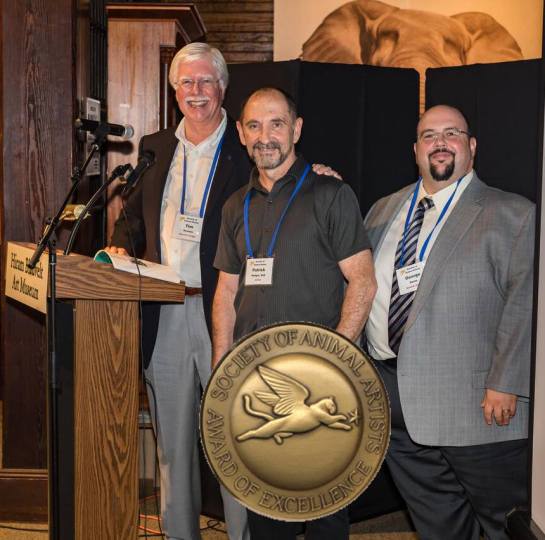 With my Meerkat Montage

Lori Dunn, also a recipient of an Award of Excellence, with her wonderful art. There were six scratchboards out of 125 pieces in the exhibition and two of them received Awards of Excellence (eight were awarded) a strike rate we can be proud of.

Tamara Pokorny with her incredible scratchboard of a lionfish. I don’t even know how she does what she does! 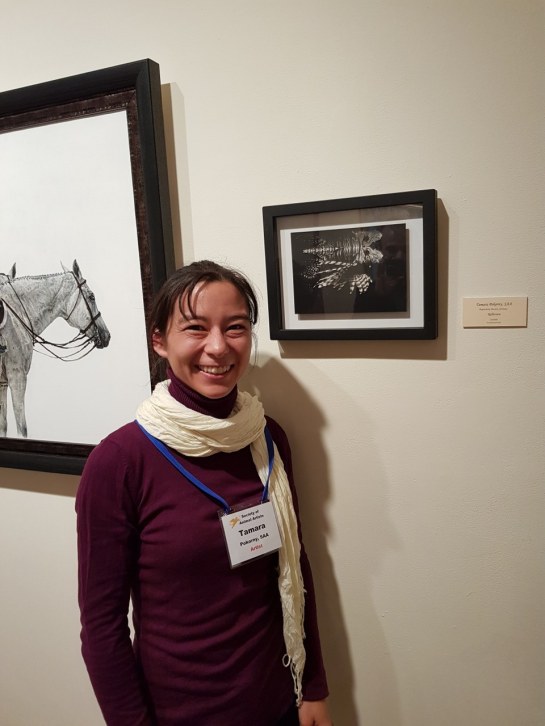 The long and short of it, SAA President Reneé Bemis being dwarfed by artist Rachelle Siegrist and board member Cynthie Fisher 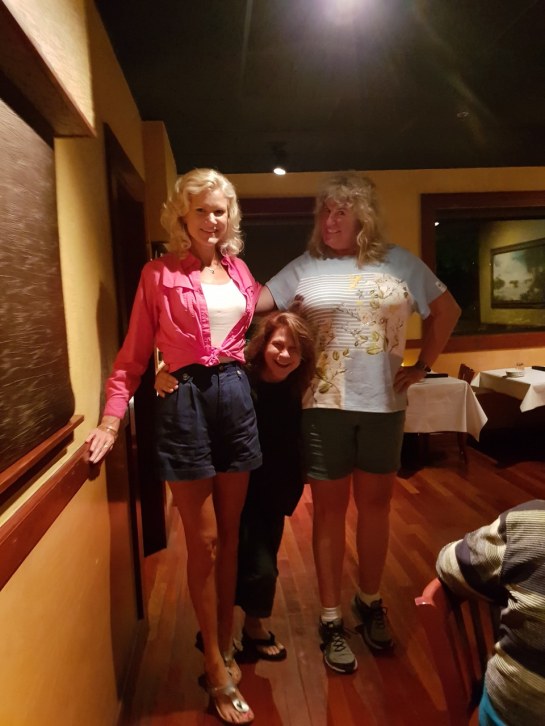 Our home for a week. The Hiram Blauvelt artist in residence Cathy Sheeter lives here and kindly hosted Gaynor and I. It was such a beautiful place.

The Mansion on the same grounds. It is in a state of disrepair and if ever there was a perfect venue for a haunted mansion movie, this is it. 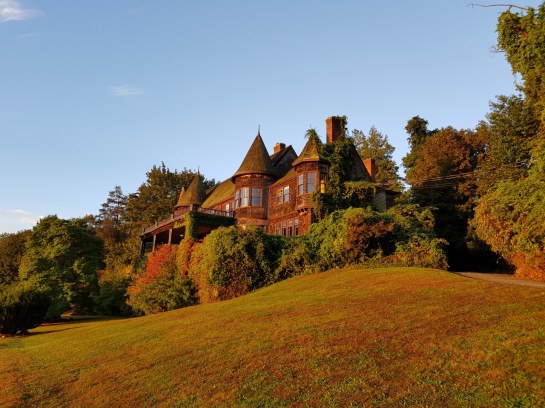 Peregrine Falcon with a bluejay dinner. This was quite a distance away so I am zoomed in as far as I can go 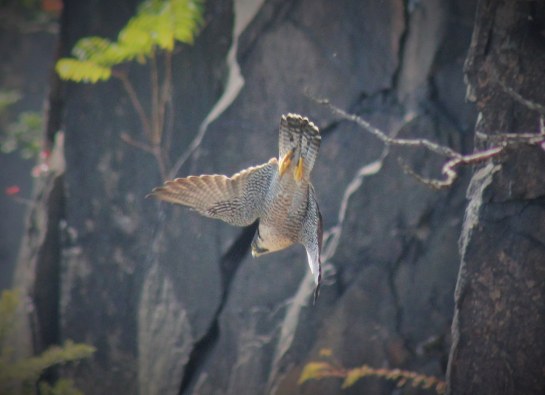 Pupae of a Sphinx Moth 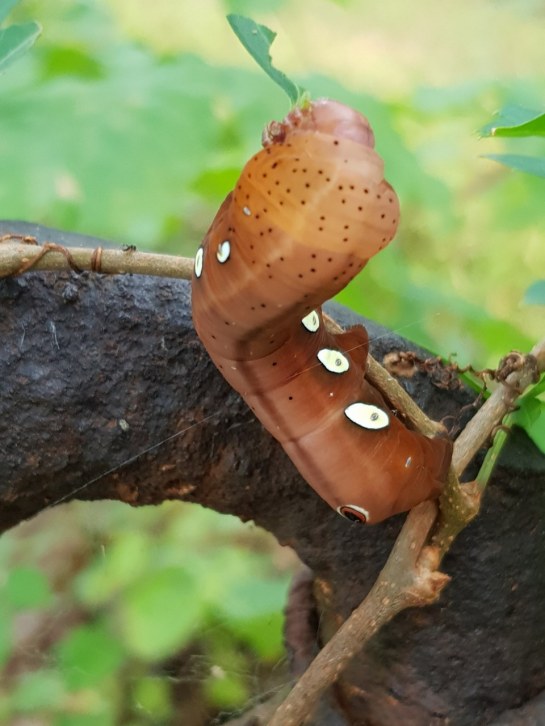 Gaynor and I signing off from an amazing trip. 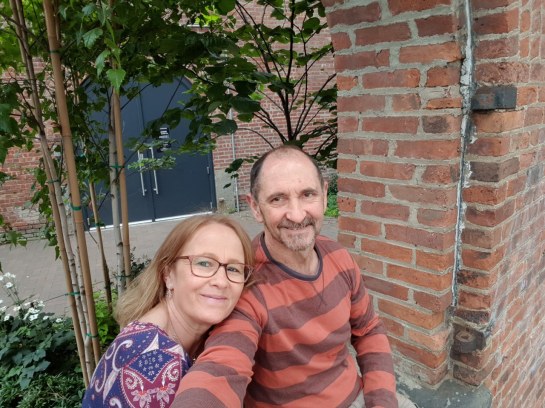